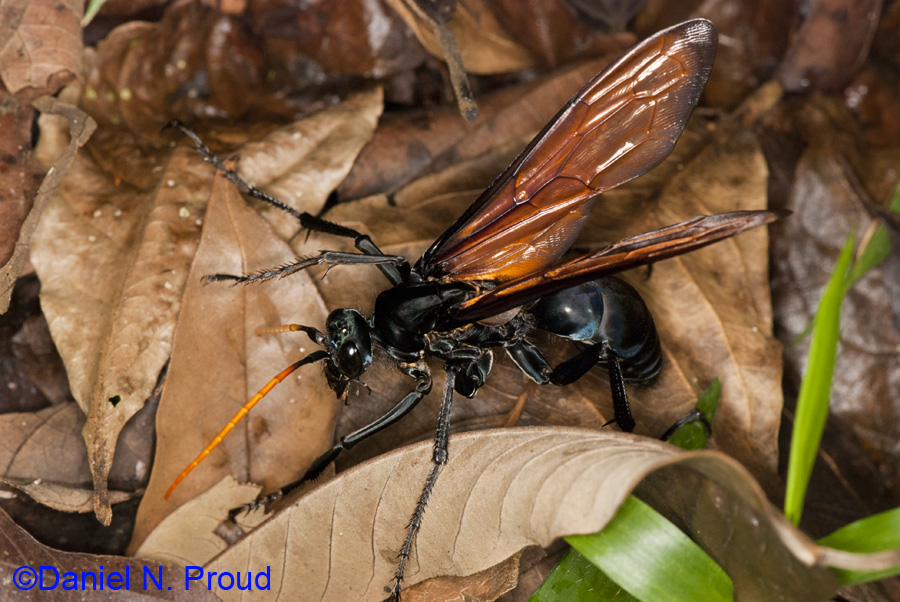 This wasp, the Tarantula Hawk (family Pompilidae), is a parasitoid wasp of tarantulas and is among the largest wasps. It attacks the tarantula, stings and paralyzes it, and lays an egg on the spider which develops into a larva and feeds on the spider internally until it hatches from the body ultimately killing the spider! Although not often aggressive towards humans (except when feeling threatened), the pain of the sting of this wasp is said to rival that of the bullet ant! Near Siquirres, Costa Rica