Caterpillar of the Eastern Tiger Swallowtail

I’ve been so busy writing other stuff (proposals and manuscripts) that I haven’t had time to post many pictures lately. That also means I haven’t been out much to take new pictures.  So here are some photos from a couple weeks ago – a caterpillar that belongs to one of the species of swallowtail butterfly – probably the Eastern Tiger Swallowtail (I also posted a photo of the adult for this species below).

The “eyes” that you see are not actually eyes at all.  Instead this is a  type of cryptic coloration (specifically mimicry) that has evolved to look like eyes as a defense mechanism. 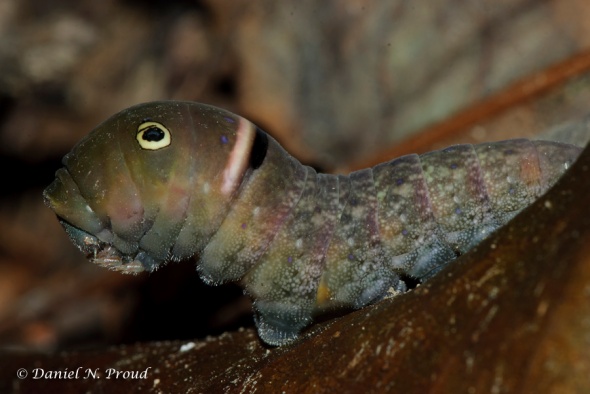 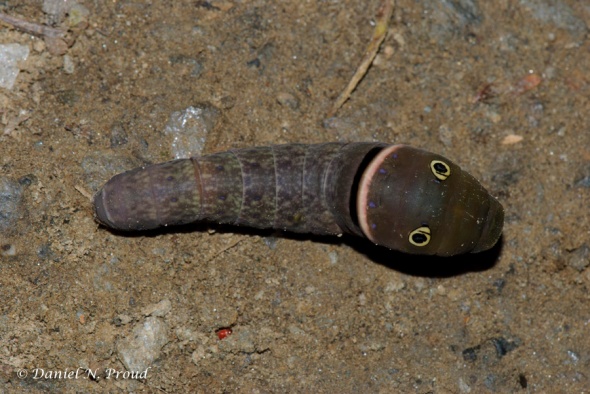 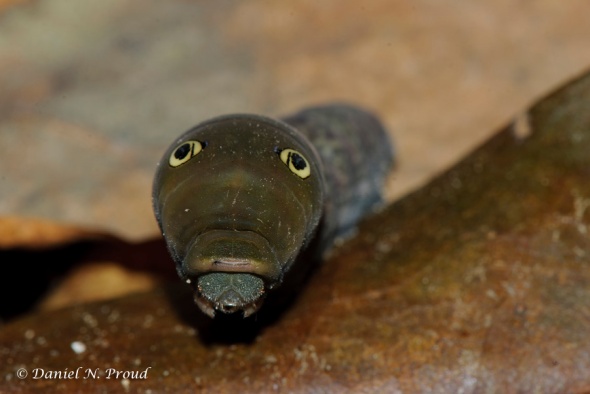 Eastern Tiger Swallowtail Caterpillar. The eye spots seen above are a type of defense mechanism using cryptic coloration. The real eyes are two bluish-grey objects below. 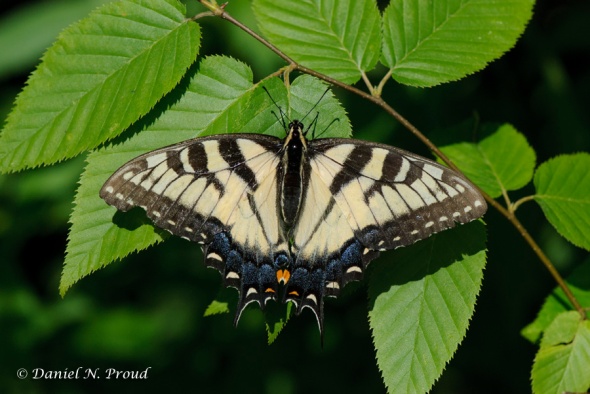 This entry was posted on October 4, 2012 by Dan Proud. It was filed under Insects and was tagged with animals, Boone, butterfly, caterpillar, Macro, macrophotography, nature.