My, what big eyes you have!

During the arachnologist field trip to Toft Point in Wisconsin a couple weeks back, I was in the field collecting with opilionologist Jeff Shultz and arachnid photographer Joe Warfel.  Jeff collected Caddo pepperella, a rare species of harvestman.  Previously this species has only been collected in pitfall traps so this was the first time anyone has ever collected and photographed this species alive!  I thank Jeff and Joe for giving me a chance to photograph the specimen.

Caddo pepperella is a tiny litter dwelling harvestman that very few people will ever observe out in the wild!  The length of its body is less than ONE millimeter!!!  And its legs are not much longer than a couple millimeters.   But small as it is, relative to its body size, the eyes are huge! 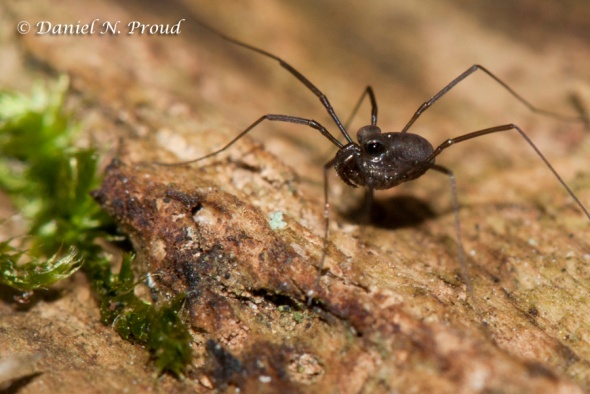 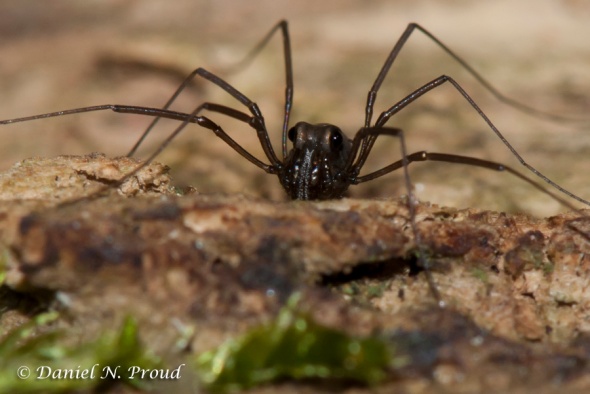 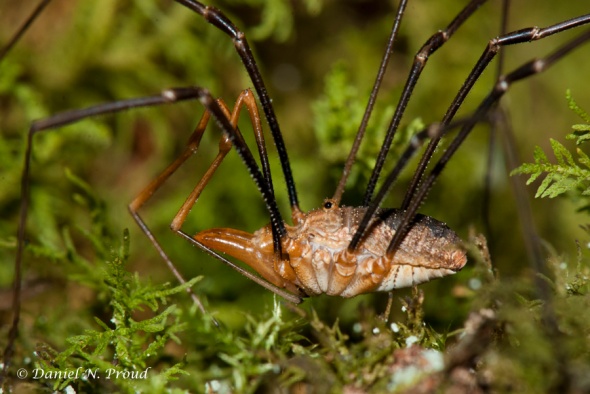 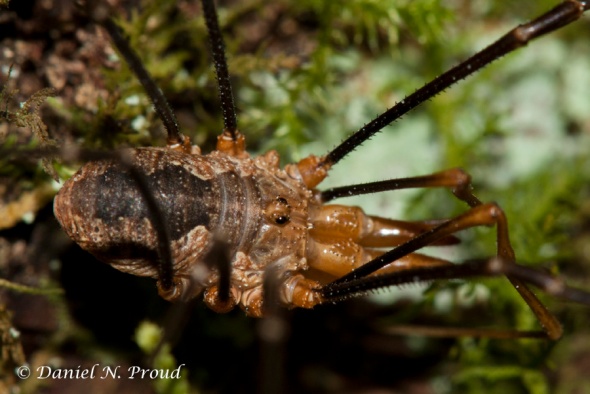 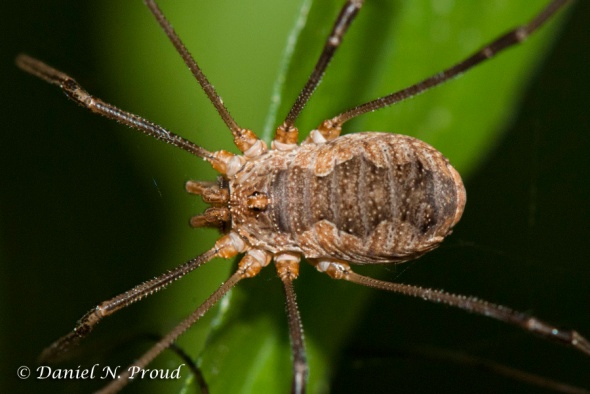