We returned to Elk Knob State Park, NC – this time with some decent weather.  It was clear enough that we got a nice view from the top of the mountain.  Here’s a few random things I saw along the way as well as the view from the top! 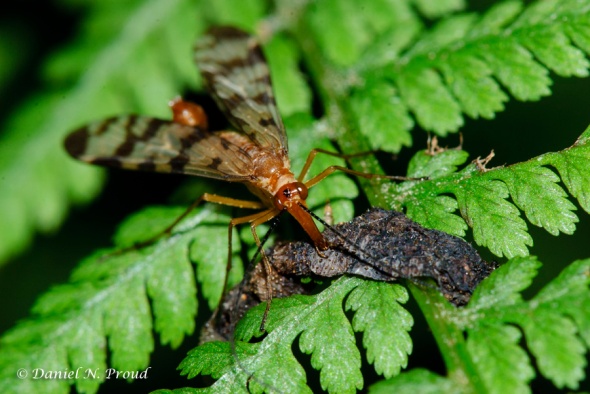 Scorpion fly feeding on a dead caterpillar on the leaf of a fern, Elk Knob State Park, NC

A bumblebee on a flower at the top of Elk Knob State Park, NC

(Click photo to enlarge) The southern view from the top of Elk Knob State Park, NC – panorama consists of seven photos stitched together

I was out hiking the other day looking for harvestmen and spiders, but almost every large rock I turned yielded a salamander!  Here’s one of the little guys hiding in some leaves.

A salamander from western North Carolina

The above image is actually a stack of two photos to get the depth of field I wanted on the face of this salamander.

Last Sunday, despite the gloomy weather forecast of 50% chance of rain all day, we decided to head out and hike the Glen Burney Trail along a small stream near Blowing Rock, NC.  Its a great little 3 mile hike that visits several different falls along the way.  I decided to get my feet wet, literally, to get some of these shots of the falls from various angles.

Glen Marie Falls along the Glen Burney Trail. I selectively removed all colors except green for an artistic effect. Original shown above. 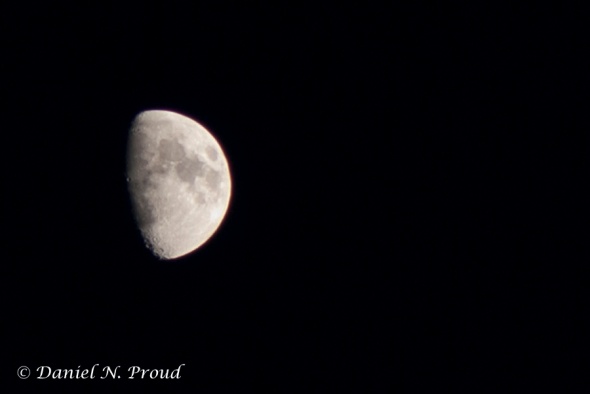 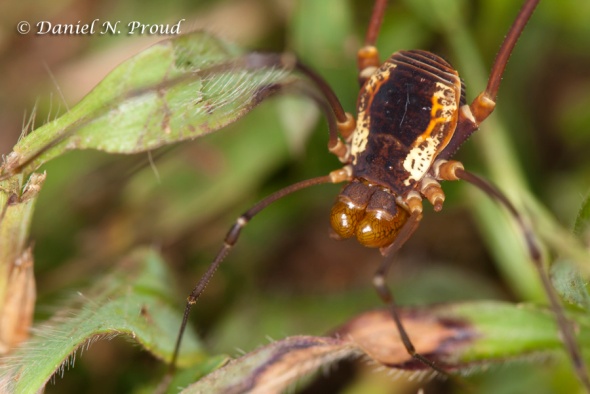 Since I moved about 6 weeks ago, I have been exploring some new great locations to photograph the sunrise and sunset here in the Appalachian Mountains of western North Carolina.  Yesterday, I found a great spot for both the sunrise and sunset and I was lucky enough to have something more than a grey, overcast sky (as lately it seems there is a 50% chance of rain all day, every day).  I hope to continue this series of posts as I discover more great places to photograph the landscape here in the High Country of North Carolina.

Above: A view of the sunrise from an overlook along the Blue Ridge Parkway in North Carolina. 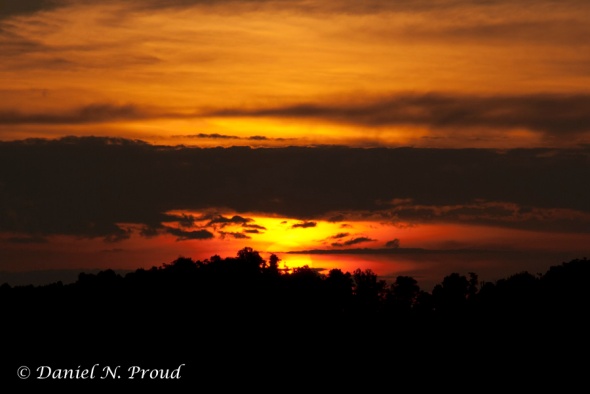 In addition to capturing some nice colors in the sky, I also took a few nice macros of a bumblebee on a thistle with a red sky in the background.  With and without flash.

Bumblebee on a thistle

Silhouette of a thistle with bumblebee